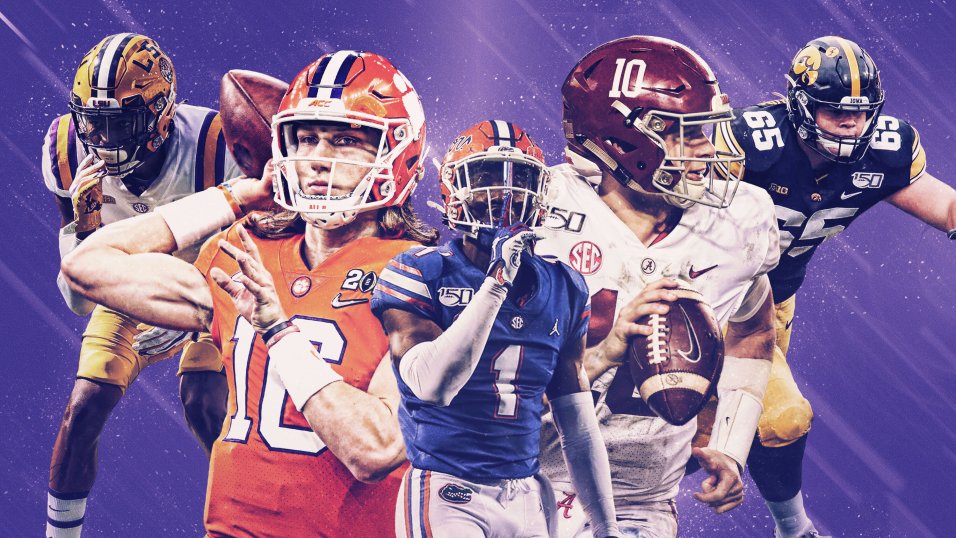 The NFL draft is upon us this week and the fate of many young men and many franchises hang in the balance. Without a doubt this is a unique draft, for many reasons. Firstly due to Covid the college football season was disjointed to say the least. A lot of players sat out this season, so professional scouts haven’t seen them play since the 2019/20 season. Also the draft combine where the prospective players attend to show their skill sets off to scouts, it was replaced by big schools running their own pro days. However there has been some debate about the difference between attending a neutral field (the combine is historically held in Indianapolis) vs the college field they have potentially played on for the last 4 years.

I am going to run through how I think the top 15 picks will go. Note that the draft order listed is right at the time of writing (Thursday 11am) if there are trades after this… that’s not on me.

This is a lock. Lawrence is the highest-rated QB prospect since Andrew Luck in 2012. He is the 4th highest-rated QB prospect of all time. Lawrence in his entire high school and college career combined has only lost 4 games. You want the number one pick to be someone that can change the future of your franchise. Lawrence certainly has the talent to do that. If this kid lives up to his potential, we might be talking about a Hall of Fame player here. 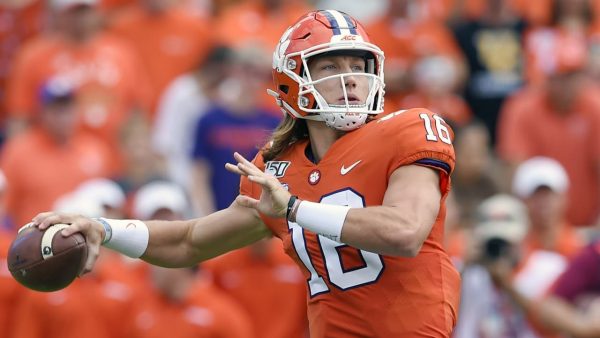 For a long time this looked like Justin Fields, until in March when it became clear that the Jets were all in on Wilson. They proceeded to trade their current QB Sam Darnold and pave the way for Wilson to take that starting job. Wilson impressed everyone across his college career and then had an incredible pro day, including one of the best throws you’ll see. There are risks here though, realistically Wilson has only had one great year, hes small which raises questions about injury durability when being hit by NFL level defensive players and then there’s the fact that he didn’t really play the big name schools. However, you cannot deny his accuracy, play-action ability, and skill when moving out of the pocket.

First off… I really like Mac Jones. He was great at ‘bama and led them to a National title against Justin Fields and Ohio State. But I never saw him as a top 10 pick, I thought this would be Fields or Trey Lance here and it still could be Lance. However, all the reports leading into the draft are that 49ers coach Kyle Shanahan LOVES Jones. He values a strong pocket passing QB and thats exactly what you get in Mac Jones. He isn’t flashy like Fields or Lawrence but he is solid. I don’t think this will be an overly popular pick with the 49ers fanbase… but if Jones starts winning games all will be forgotten.

Okay this is getting hard. It does seem like at this stage Atlanta will take Pitts. However, I do not understand why they wouldn’t either take one of Lance/Fields or Trade the pick down to a QB needy team. Pitts is great at what he does however and would be a day one starter for the Falcons. He is an exceptional athlete who can make defenders look downright silly. The question will sit there though… how long do you stick with Matt Ryan under centre. 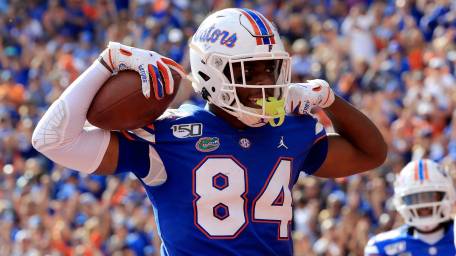 This is another tough one and there are two ways the Bengals could go here. They have their future QB locked in with last year’s number 1 pick Joe Burrow who looked good before suffering a season ending ACL injury last year. The question becomes do you protect your star QB or do you give him more weapons to throw too?. My thoughts are you have to protect Burrow here, he got hit way too much last season. Sewell has elite foot speed and if he protects Burrow he will be beloved. The other option here is Ja’marr Chase who was a teammate of Burrow’s at LSU back in his college years.

If the Bengals go with Sewell I don’t see the Dolphins passing on Chase. Word is Kyle Pitts is the Dolphin’s dream pick here but in this almost certainly wrong mock draft I have him gone. The Dolphins need to give Tua Tagovailoa people to throw too. They picked up Will Fuller in free agency but that isn’t enough. The only question mark around Ja’marr is he did sit out the 20/21 season however during the 19/20 season he caught 84 passes for 1,780 years and 20 touchdowns on the way to a national championship with Joe Burrow and the LSU Tigers. 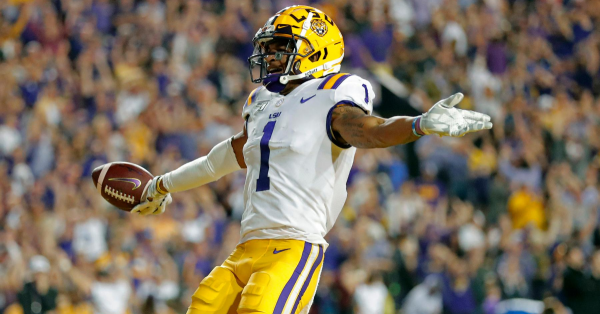 Alright, a lot of people are predicting some sort of trade will occur by this point for a team to take one of the remaining QBs. I’m not going to predict that and just go with the order as it stands right now. I love Parsons, he ran a 4.39 40 yard dash time at the pro day. This is insane for a man of his size and the position he plays. Speed, Size, and athleticism… this is exactly the sort of player new Lions head coach Dan Campbell would go after when he announced he wants the Lions to “kick their opponents in the teeth”

Surtain is a technically sound defender with enough size to get physical at the line and defend the run whilst also having the speed to stick with defenders when they go deep down the field. Panthers coach Matt Rhule has been building a long, athletic, and fast defence in recent years and continues that with Surtain. 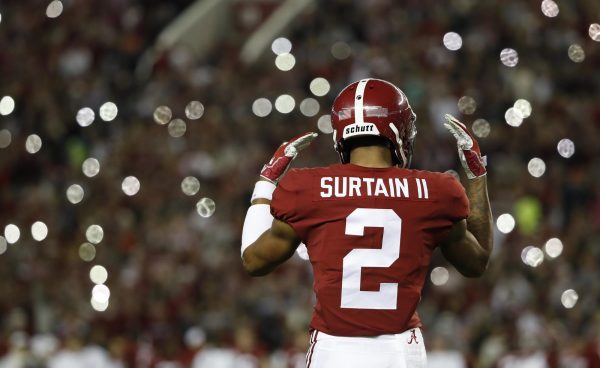 I could be way off by this point. There is a huge chance that this is Fields or Lance here. However, Denver just traded for Teddy Bridgewater and they do still have Drew Lock so I’m going to go with Slater. Slater is quick to react off the snap, intelligent, versatile and can most likely play every position across the offensive line. Some people rate him higher then Sewell.

Okay, I am pretty confident on this one. Horn fits what the Cowboys need after their defence was torched last season for the most points in franchise history. Horn has shown he can make plays on the ball across his college career. Only curveball here is if Surtain is still on the board.

Heisman Trophy winner Smith is an elite route runner, has incredible hands and would be a day one starter in the Big Apple. However the Giants could go anywhere here, Edge rusher Kwity Paye is also a likely option but I do think they will go Smith. 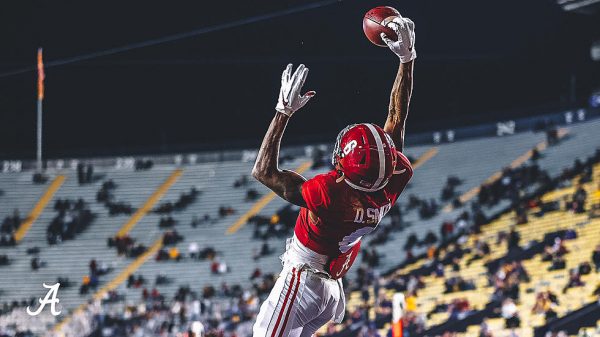 So I am pretty confident that we will see a trade by this point with one of the QB needy teams (looking at you New England) trading up but in this no trade world I think we might see back-to-back Alabama wide outs taken off the board here. The Eagles appear to be rolling with Jalen Hurts as QB and he is a former Alabama man himself. In fact, when asked which of his former teammates will make the best pro he said, Waddle. Waddle is quick and can be used in multiple situations including kick returns, deep balls, and on the jet sweep.

The key here is to protect 2020 AFC Offensive Rookie of the Year Justin Herbert. Darrisaw can protect against the speed and skill of NFL level edge rushers whilst also providing assistance for the run game of the Chargers. Look for him to be an instant starter in LA.

With Riley Rief gone from Minnesota, they really need to plug that hole. Don’t get me wrong there are many issues for the Vikings at the moment, not the least of which is their complete lack of pass rush, so Kwity Paye is another option here if available. However the bright spark in Minnesota is Dalvin Cook, so taking Vera-Tucker here should create more space for him to run whilst also giving Kirk Cousins more time to pass. 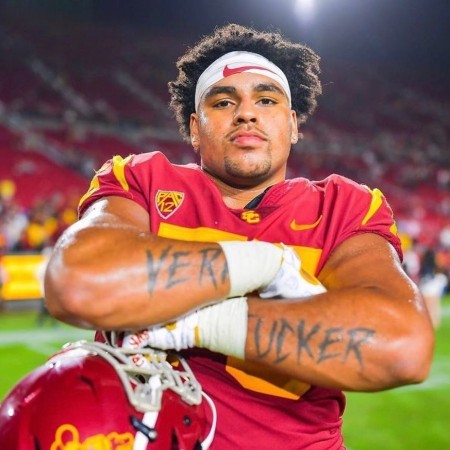 I firmly believe that New England will trade up in this draft to ensure they get the QB of their future. The question becomes whether Belichick sees that as Lance or Fields. I’m putting it out there that I think Fields is the better option but all signs point to Lance being the guy at Foxborough. All the talk leading into the draft was that Bill wanted Alabama’s Mac Jones but it does seem like he will be playing in San Francisco this season.  Lance is young with only one full college season as a starter (2019) and then only playing one game in 2020. He has the chance to grow into a special QB and having a year backing up Cam Newton might help with that. 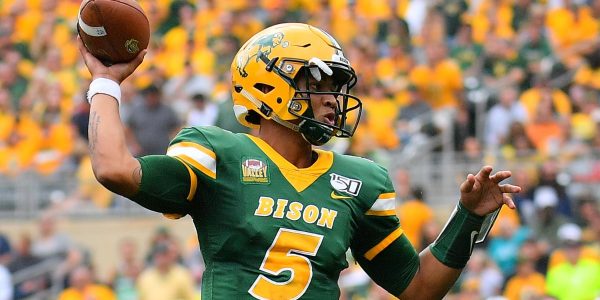