AFL Coaches Vs The Rest – Will we ever have a winner? 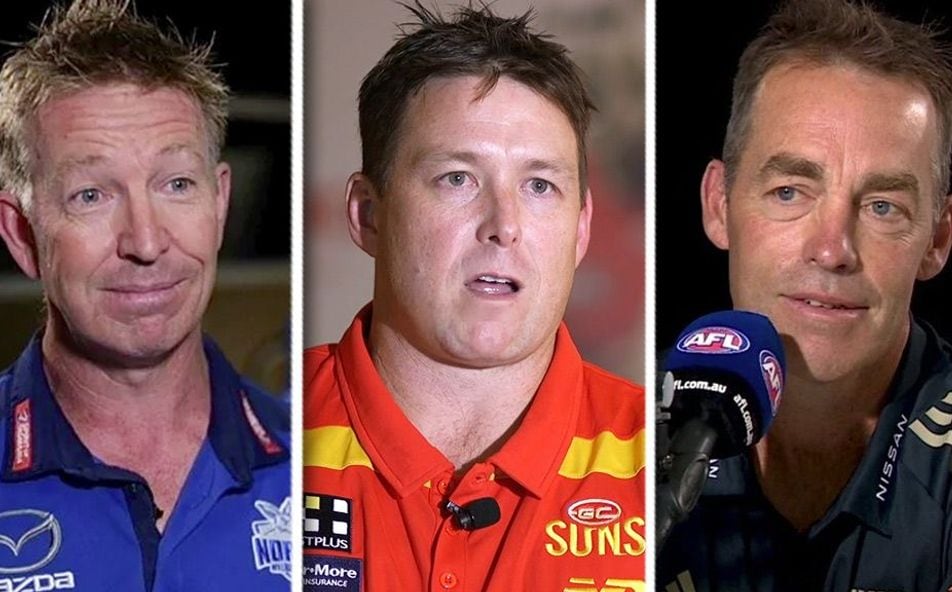 The 2021 AFL season is now just over 5 weeks in. We are starting to get an idea of the teams who may flourish and those that may flounder and still a handful of “let’s wait and see teams”
2021 has a different feel to it already. Crowds are back in stadiums around the country (albeit in a limited capacity),  The season is back to a regular 23 weeks and quarters are back to 20 minutes (Plus time on). There’s a sense of things returning to “normal” but with a slight twist.
For the first time that I can remember, The AFL has a floating fixture, there are no concrete dates, venues and times set as we have all learned over the past 12 months that we all need to be adaptable and that things can change at the drop of a hat. The other major noticeable difference in the 2021 AFL season is the effect that the new rules are having on the way the game is being played.
There are 3 major rules that were introduced before the start of the season that have directly impacted the way the game has been played so far.
The Man on the mark rule, The kick-in distance and the reduction in interchange. 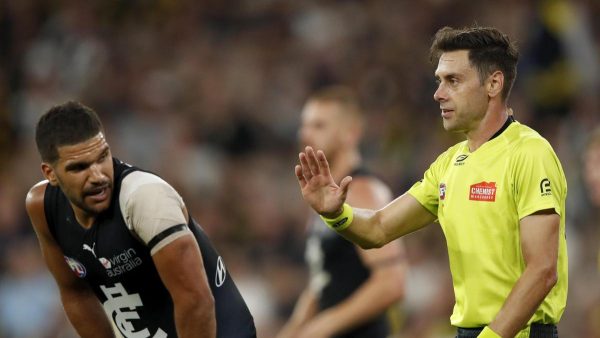 “The man on the mark rule” or “stand” rule has by far had the most impact on the way the game has evolved so far this year. It states that the player manning the mark must remain stationary as soon as the umpire calls “stand” where once the player was free to move around on the ‘east-west’ axis to try and cut off an inside pass. Being stationary means that the player with the ball now has more time, space and freedom to try and hit a player in the middle of the ground or dish of a handball to someone running by virtually unopposed.
The idea, in theory, was that teams would use the middle of the ground more, get the ball moving quickly and stop slow, long kicks down the line in an effort to gain territory and cause yet another stoppage. Teams like the Western Bulldogs, Sydney, Port Adelaide, and of course Richmond have been using this to great effect and the results have shown so far on the AFL ladder. There are still teams like Geelong though remaining stubborn with a slow, deliberate style to their ball-movement that have yet to fully get the rewards on the scoreboard despite their star-studded team line-up. Perhaps their premiership window is closing sooner than they thought due to changes. 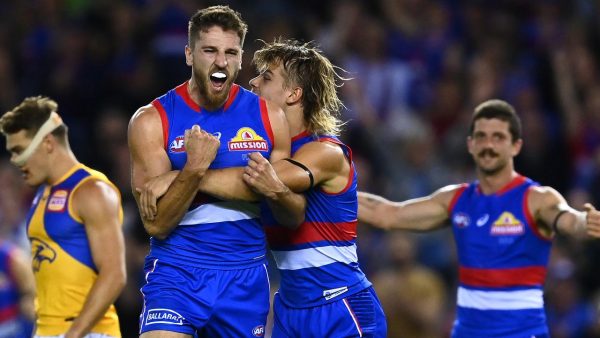 In a similar fashion to the man on the mark rule, Kick in’s have now been revolutionised for teams, with the closest player to that taking a kick in has now been moved back to 15 meters. This allows the player to gain an extra run-up and deliver the ball further down the field in a more open space, once again trying to get the ball moving quicker up and down the ground. The interchange has again been reduced to 75 total per team, per game. If players are not getting rests as often, they will be more fatigued towards the end of quarters and by the third and fourth quarters they certainly won’t be moving with the same ferocity and speed as they did at the first bounce. Once again the theory suggests that tired players will not be congesting the ball as much and the field will open up more. This can be a double-edged sword though with the likelihood of injury increasing.

As I write this we are currently 1 game into round 6 of the season and already it feels like The Coaches are starting to figure out ways of putting defensive structures in place to congest the game, slow it down and get it on their terms. 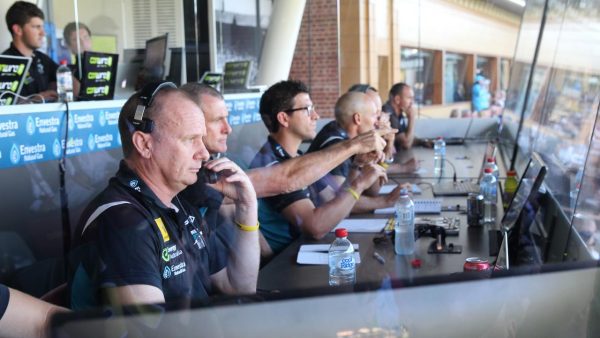 This ongoing battle between the AFL coaches and the key stakeholders has been going on for around 15 years. At the end of the day, an AFL coach isn’t concerned about how the game looks as a spectacle they only have one thing on their mind, winning. It doesn’t matter how it happens, it just needs to happen. The membership dollars depend on it, the ultimate success of a premiership depends on it, and ultimately, their jobs depend on it. The AFL, the fans, and the media will always want a more open game, a more entertaining spectacle with highlights to broadcast all over the world to showcase our beautiful game. New rules, interpretations, and systems will continue to be put in place every year to try and allow that to happen but it never takes long before at least one coach finds a way to combat that with whatever they need to “get the W”

Our greatest fear as members and supporters is that this ever-growing war between the suits at AFL HQ, with their new rules and changes and the coaching panels of the 18 clubs doesn’t bastardise the game we love so much to the point where it becomes virtually unrecognisable. Only time will tell